Home » Blog » Calamity Jane: Most reckless and daring rider or a romantic? 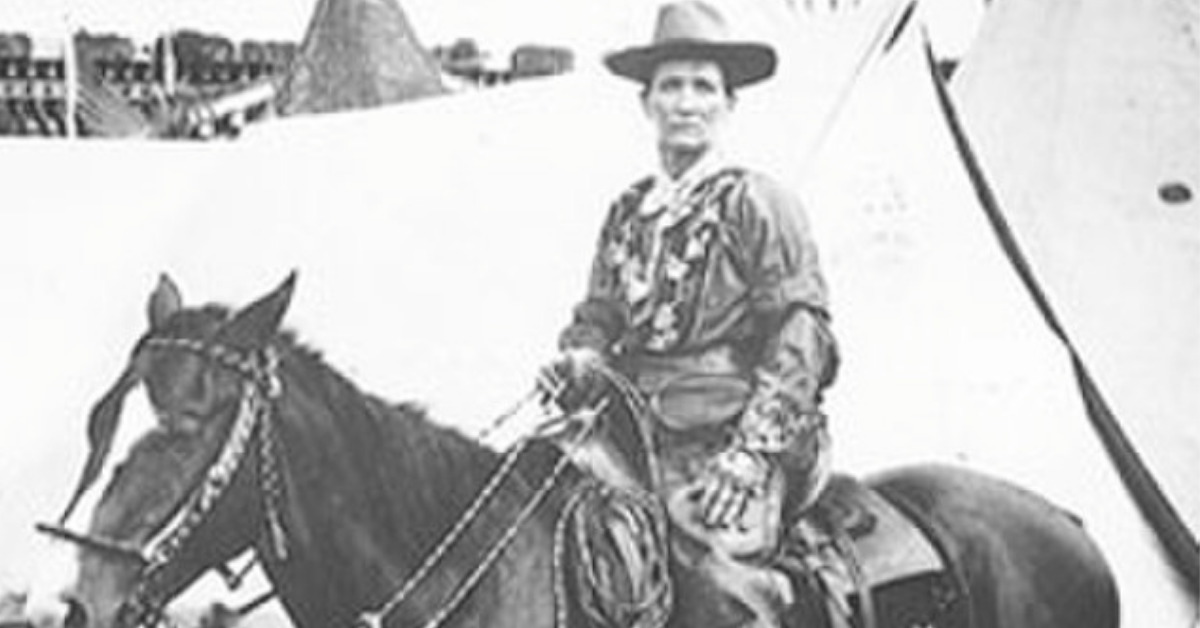 One of my favourite musicals as a child was Calamity Jane. Little did I know that although most of the events in the film are fictional, Calamity Jane and Wild Bill Hickok were real people. Martha Jane Cannary, frontierswoman, sharpshooter and tall-story teller was born on 1st May 1852 and died on 1st August, 1903.

According to Calamity she was “the most reckless and daring rider and one of the best shots in the Western Country.” But how much do we know about this woman?

Calamity’s parents were Robert and Charlotte Cannary. Calamity was the oldest of 6 children, 2 boys and 4 girls and grew up in Missouri. In 1865, Robert loaded the family and their possessions onto a wagon and joined the wagon train heading to Virginia Lake, Montana. The journey was arduous and in 1866, her mother died from pneumonia. Robert decided to keep going and drove the family to Salt Lake City. After buying up some land to farm on, the family settled into life in Salt Lake City. But less than a year later Robert died in 1867.

On her father’s death, overnight, 14-year old Calamity became head of the family. . She loaded a wagon and drove her five siblings from Salt Lake City to Piedmont in Wyoming. Martha took all kinds of jobs including dishwasher, dance hall girl, nurse and ox team driver to feed the family. She told her story in “Life and Adventures of Calamity Jane by Herself” a promotional pamphlet for a tour. Some of her adventures may be exaggerated. But Calamity was a scout, delivered the mail across hostile country and settled in Deadwood, South Dakota in the Black Hills. One story she told ,was that she was on a stage coach. When Indians shot the stage coach driver, Calamity took the reins and drove the stage to safety in Deadwood.

There are numerous stories as to how Martha acquired the Nickname Calamity Jane. She claims that she earned the nickname whilst involved in a military conflict with Native Americans:

It was during this campaign [in 1872–73] that I was christened Calamity Jane. It was on Goose Creek, Wyoming where the town of Sheridan is now located. Capt. Egan was in command of the Post. We were ordered out to quell an uprising of the Indians, and were out for several days, had numerous skirmishes during which six of the soldiers were killed and several severely wounded.

When on returning to the Post we were ambushed about a mile and a half from our destination. When fired upon, Capt. Egan was shot. I was riding in advance and on hearing the firing turned in my saddle and saw the Captain reeling in his saddle as though about to fall. I turned my horse and galloped back with all haste to his side and got there in time to catch him as he was falling. I lifted him onto my horse in front of me and succeeded in getting him safely to the Fort. Capt. Egan, on recovering, laughingly said: “I name you Calamity Jane, the heroine of the plains.” I have borne that name up to the present time.

However, others claimed that Calamity Jane was never involved in such a military conflict. Instead, they said she acquired the nickname as she warned men if they offended her they would “court calamity”.

In 1876, Calamity Jane moved to Deadwood, South Dakota. Deadwood had a wild reputation in those days. Only ten years before, it had been a town of tents. Miners travelled miles to its creek of gold, setting off the Black Hills Gold Rush. Gamblers, gunslingers, prostitutes and outlaws arrived by the wagon load to seek their fortune. The town boomed, but it was lawless. one gambler who arrived in the same year as Calamity was Wild Bill Hickok. possibly on the same wagon train that bought Calamity to town. A clock was counting down the time they would be together.

Weeks after moving to Deadwood, Wild Bill was playing poker in Nuttal &Mann’s saloon, with Jack McCall. McCall was having a bad day. Drunk, his losses kept mounting. Wild Bill encouraged him to leave and offered him money for a meal. Insulted, Jack McCall left. The next day Wild Bill was back at the card table playing five-card draw. He held a pair of black aces and a pair of eights in his hand. McCall stormed in, walked up behind Wild Bill and shot him in the back of the head. Wild Bill died instantly. That hand is known as the dead man’s hand.

Aftermath of the Shooting of Wild Bill Hickok

Calamity was fizzing. Supposedly, armed with a meat cleaver, she led a mob and threatened to lynch McCall. But evidence shows military authorities were holding her captive at the time.

McCall faced trial by an informal miners’ jury. He claimed he was seeking revenge for the killing of his brother, so the jury acquitted him. But the result caused outcry. A trial at Yankton followed. This jury found McCall guilty of murder. He hanged on 1 March 1877.

Relationship between Calamity Jane and Will Bill Hickok

The exact nature of Calamity’s relationship with Bill is unclear. The year before his death, he married Agnes Thatcher Lake, an older woman who owned a circus. He left her a few months later, but wrote a loving letter to her from Deadwood. Calamity claimed to have been in love with Wild Bill Hickok, and that she married him before he met Agnes. She claimed she divorced Bill so that he could marry Agnes. However, friends claimed that Wild Bill Hickok had “absolutely no use” for Calamity whilst alive. But Calamity’s daughter, Jean Hickok Burkhardt McCormick, born in 1873, famously claimed to be their legal child.

Calamity’s dying wish was to be buried beside Bill. But the men who buried her told another tale. They claimed that the side-by-side burial was merely a posthumous joke on Bill, as he would now have to spend eternity with her.

Calamity returned to the Black Hills in 1903. Over the course of her life she had liked a drink, and there are many tales about her drunken exploits. At the same time, she cared for her siblings, nursed neighbours during a smallpox epidemic and saved people’s lives. She was a popular adventuress. An article after Calamity’s death quoted a fellow soldier as saying, “She was simply a notorious character, dissolute and devilish, but possessed a generous streak which made her popular.”

Doris Day starred as the title character in the 1953 musical Calamity Jane. Whilst the movie is not factually correct, Calamity’s real life adventures inspired many of the scenes. The movie follows the alleged romance between Calamity and Wild Bill Hickok, portrayed by Howard Keel. Like Doris Day in the film, Calamity wore men’s clothes. “When I joined Custer I donned the uniform of a soldier. It was awkward at first, but I soon got to be perfectly at home in men’s clothes.”

For Books on Calamity Jane:

For more on Calamity Jane and Deadwood see the following websites.