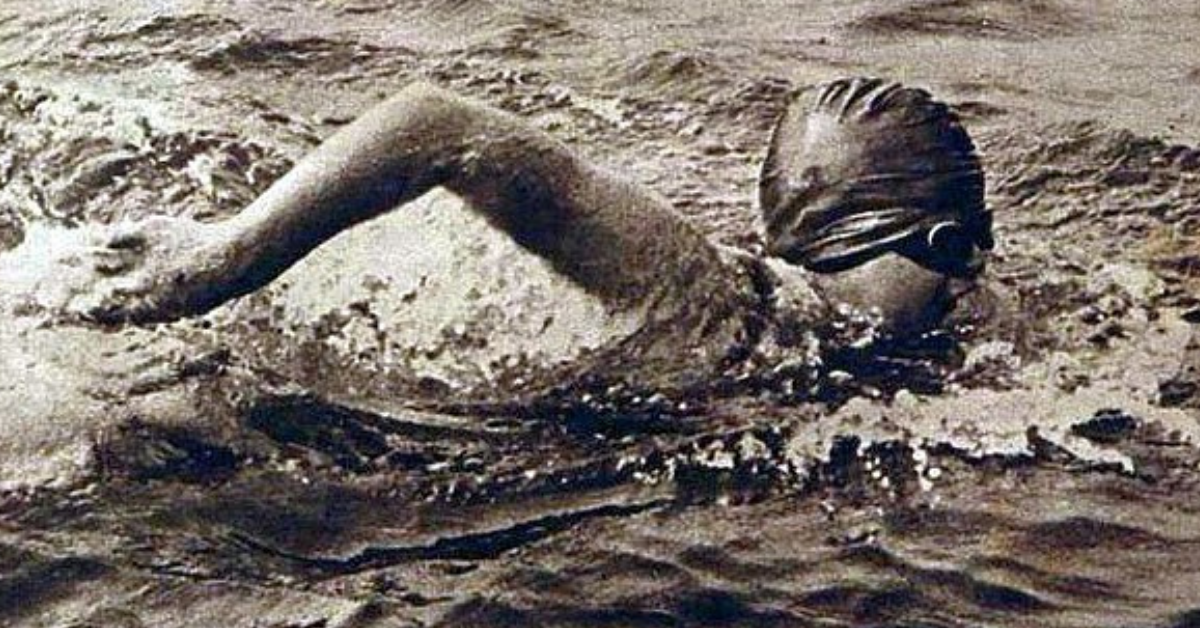 On the 6th of August 1926, Gertrude Ederle became the first women to swim the English Channel. It was the 20-year-old’s second attempt at the 21-mile swim from Dover in England to Cape Griz-Nez, France.

Ederle’s Introduction to Swimming and her Early Career

Ederle’s father taught her to swim at their summer cottage in Highlands, New Jersey. By age 12 Ederle had already set her first world record in the 880-yard freestyle. With this record, Gertrude became the youngest world record holder in swimming. Ederle’s had obvious talent. The U.S. swim team selected her for their Olympic squad. At the 1924 Paris Olympics, Gertrude competed in the 4×100 meter freestyle relay and the 100-meter and 400-meter freestyle. Ederle and her teammates secured a gold medal for the women’s 4×100 meter freestyle relay and set a n

Despite the success at the Olympics, Ederle was gutted she didn’t finish first in all three of her events. The following year, she turned professional focusing largely on open water swimming. She completed the 22-mile swim from Battery Park to Sandy Hook in 7 hours and 11 minutes, a record which she held for 81 years. This achievement impressed The Women’s Swimming Association who therefore sponsored Gertrude to swim the Channel.

Ederle’s first attempt at swimming the Channel was hindered by her choice of coach – Jabez Wolffe. Wolffe continually tried to slow Ederle’s pace during training, saying she would not last at that speed. On her first attempt on August 18 1925, Wolffe ordered another swimmer to recover Ederle from the water and he believed she was drowning. Witnesses and Ederle disagreed and stated she was merely resting in the water. There is speculation as to whether Wolffe tried to sabotage Ederle’s success as he had previously commented that women may not be capable of swimming the Channel. Maybe he had been jealous that he was unable to complete the swim and Ederle, a woman, was completing it with ease..

Ederle fired Wolffe and hired Bill Burgess as her coach, a man who successfully swam the Channel in 1911. On August 6, 1926 Gertrude started her swim at Cape Gris-Nez in France at 7:08am. She completed the swim in Kingsdown, Kent only 14 hours and 34 minutes later. Of the five men who had completed the swim, the fastest record was help by Enrique Tiraboschi at 16 hours, 33 minutes. Gertrude smashed this record. She became not only the first women to swim the Channel, but also set the record for the fastest time.

Ederle has undoutably inspired women to swim the Channel and set their own records. In 2003, Tina Neill set the record (13 hours, 22 minutes) for the fastest backstroke swim across the Channel. The ‘Queen of the Channel’, Alison Streeter, has completed the swim more times than anyone else, setting the record at 43 times. In 2006, Yvetta Hlavacova set the record for the fastest solo swim, achieving the feat in 7 hours, 25 minutes and 15 seconds. More recently in 2019, Sarah Thomas became the first person to swim the Channel four times non-stop.

If you are interesed in swimming The Channel, then check out the Channel Swimming Association:

For similar posts about inspirational women, check out: