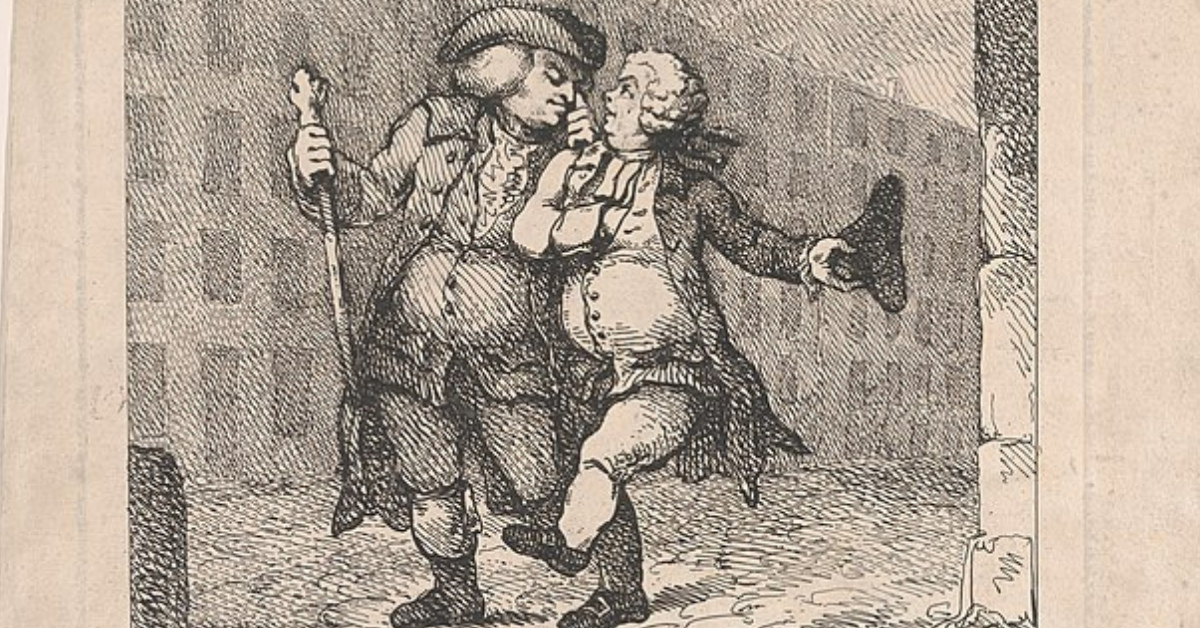 Today, is the day we celebrate all biographers. Notably, we celebrate the meeting between James Boswell and Samuel Johnson at Tom Davies’ bookshop.

On 16 May 1763, James Boswell met the man whose name would forever be tied to his own, Dr Samuel Johnson. Johnson was the leading moralist, essayist, critic, author and lexicographer of the eighteenth century. For 150 years, his dictionary A Dictionary of the English Language, would be the most used dictionary in England. Boswell was eager to meet Johnson and hoped his elocution teacher, Thomas Sheridan, would arrange a meeting. However, Sheridan was in a pique that Johnson had received a pension from the King. He was, therefore, no help to Boswell.

Not to be thwarted, Boswell fixed on another plan. He beat a path to the door of the actor Tom Davies who kept a bookshop in Russell Street, Covent Garden, and was friendly with Johnson. Davies was expecting Johnson for Christmas dinner and invited Boswell to join them. Although Boswell dined with the novelist, playwright and poet Oliver Goldsmith and the bookseller Robert Dodsley, Johnson was a no-show.

Boswell then started dropping in for tea at Davies’ bookshop on the off-chance Johnson would appear. Eventually, when Boswell was sitting in the back parlour having had tea with Mr and Mrs Davies, (who was celebrated for her beauty) the shop door opened. Davies could see who was in the shop through the glass-door. According to Boswell, Davies announced Johnson’s “aweful approach to me, somewhat in the manner of an actor in the part of Horatio, when he addresses Hamlet on the appearance of his father’s ghost, ‘Look, my Lord, it comes.’

Boswell recognised Johnson from his portrait by Joshua Reynolds. Either in a tizz or with remarkable manipulation skills Boswell commented to Davies. ‘Don’t tell where I come from.’—’From Scotland,’ cried Davies roguishly. ‘Mr. Johnson, (said I) I do indeed come from Scotland, but I cannot help it.’ I am willing to flatter myself that I meant this as light pleasantry to sooth and conciliate him, and not as an humiliating abasement at the expence of my country. But … with that quickness of wit for which he was so remarkable, he … retorted, ‘That, Sir, I find, is what a very great many of your countrymen cannot help.’

Johnson treated Bozzy roughly at that first meeting, but Boswell held his own, noting that Johnson received his observations civilly. Boswell had to leave for another appointment and at the doorway complained to Davies about the hard knocks Johnson had dealt him, Davies assured him, “Don’t be uneasy. I can see he likes you very well.”

A week later, Boswell visited Johnson in his rooms in Inner Temple and a life-long friendship was born. Johnson enjoyed Boswell’s wit and humour. Boswell was eager to learn from Johnson and discuss ideas and moral dilemmas with him. He would often manipulate the conversation to provoke a response or ask seemingly innocent or controversial questions. Rather like writing notes after a talk by a professor, Boswell listened hard, committed Johnson’s gems to memory, rushed home, and with the benefit of an amazing memory, wrote up notes of their conversations. Johnson, who had been a teacher, did not discourage Boswell from doing so. Today, we may record such conversations on our phones, but all Boswell had was paper and a pen. All the anecdotes, speeches and observations Boswell recorded over the course of his time with Johnson, throughout the next 19 years, laid the foundation for the genre defining Life of Samuel Johnson.

As we raise a glass to all the biographers who have given us such amazing books on people’s lives on this special day, please raise a dram to James Boswell, the first of biographers. 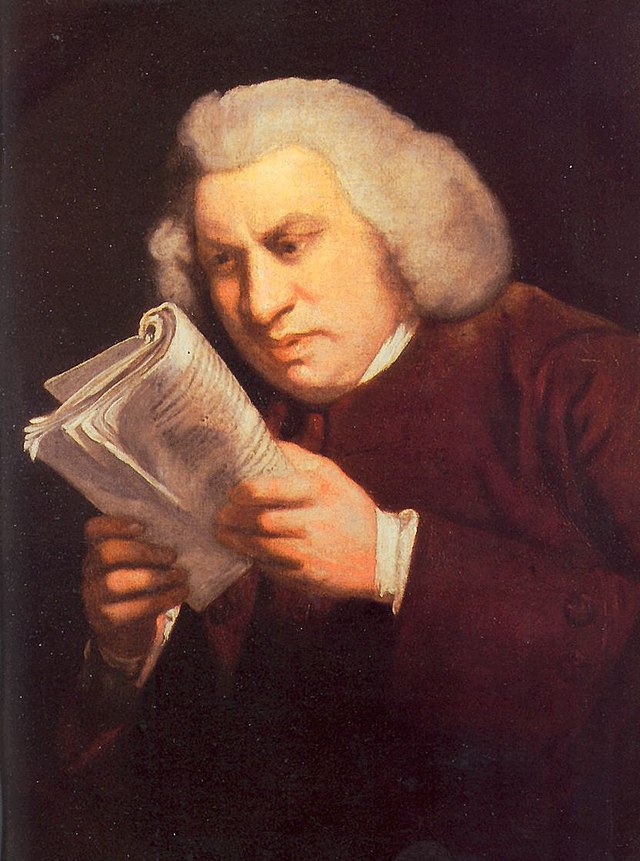 The Life of Johnson

A Dictionary of the English Language