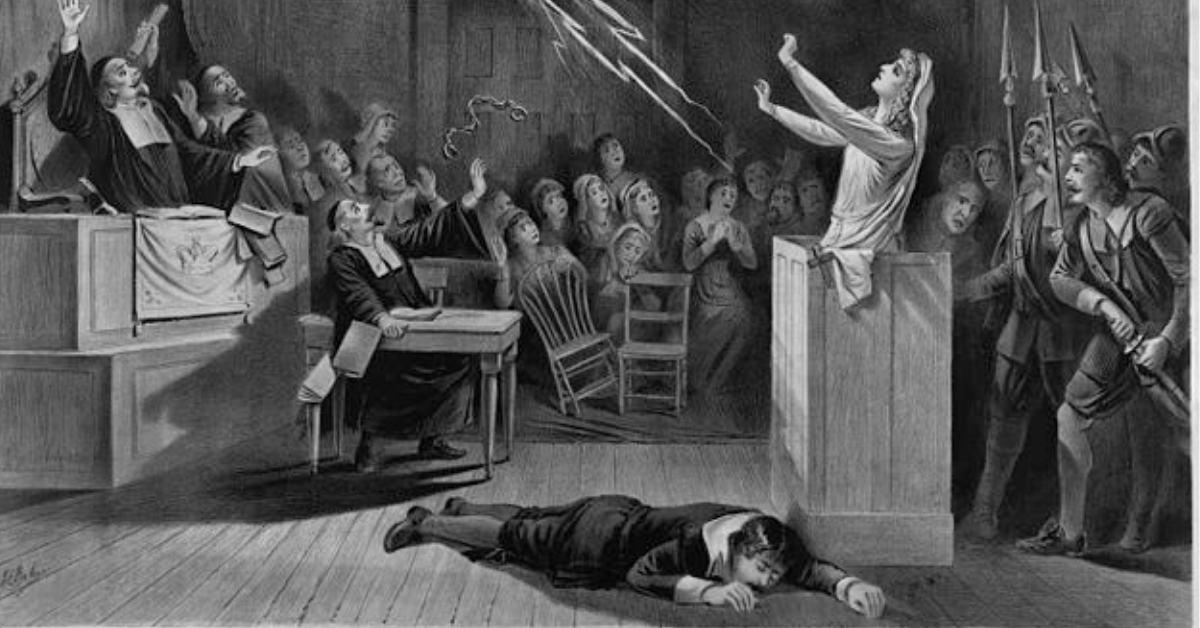 Sarah Good, born on 11 July 1655, was one of the first three women to be executed after being found guilty of witchcraft in the Salem Witch trials.

Her father, a tavern owner committed suicide when she was 17. Leaving no will, his sizeable estate was divided mostly between his widow and two sons. Sarah received a small parcel of land.

With poor prospects, she married Daniel Poole, an indentured servant who died leaving huge debts. To settle his debts, Sarah was forced to sell the land.

At the time of the trials, she was married to William Good, living in poverty, pregnant and begging neighbours for handouts. In the community she was seen as an outsider.

When two girls, Abigail Williams and Betty Paris started having fits, they were asked what was causing them to behave so strangely. They accused Sarah and two others, Tituba and Sarah Osborn of causing their fits and this was interpreted to be the work of the devil. The authorities responded by issuing warrants accusing the three of witchcraft. Sarah was found guilty of witchcraft at her trial and sentenced to death. Her her execution was delayed to enable her to give birth in prison. The baby died shortly after its birth.

So far Sarah’s story is a matter of record. There are contemporaneous records, trial transcripts, registers and other records, but it is her words on the scaffold that I wish to explore.

On July 19, 1692, Good was taken to the execution site at Proctor’s Ledge. As she stood on the platform awaiting her fate, Reverend Nicolas Noyes encouraged her to confess and called her a witch. According to The New England Magazine, Sarah is supposed to then address Noyes and utter the words,

“You are a liar. I am no more which then you are a wizard,

and if you take away my life God will give you blood to drink!”

What makes the story so juicy is that in 1717, 25 years later, the Reverend suffered an internal haemorrhage and died choking on his own blood.

Newspaper reports are a good source of information, but as we know from our daily experience, they are not always accurate. Papers have a political bias. Tabloids often sensationalise a story. Many subsequent apologies for inaccurate reporting appear in a small box buried deep in the newspaper.

In Sarah’s case we have only the newspaper article to go on. I have been researching executions and speeches on the scaffold for my book on Mary Bryant and James Boswell. In England, in the eighteenth century, time was spent preparing criminals for the afterlife, getting them to confront and confess their crimes. Often a confession would be read on the scaffold by a condemned prisoner, repenting sin, encouraging others not to follow the wrong path he/she had taken, so that as they was cast into oblivion, the gates of Heaven would open in welcome.

Would Sarah Good have really uttered a curse on the scaffold in such a religious community, and if she did say it was it in anger or as a gentle, pleading warning? Without being there, we just cannot know. All we can do, is question the newspaper article and speculate on the truth.